If you’ve been trying to keep up with the unrest in Baltimore by way of traditional news outlets, you probably aren’t aware of the extent of the riots that apparently took place yesterday.  Headlines reflect damage to vehicles and property.  Almost none reflect assaults on persons of which dozens are evident in the above footage.  Once again the media is trying to cover for rioters in a move I can only reason is due to a shared overarching political ideology even if the rioting is not mutually accepted.

I will say that from the videos I’ve seen there doesn’t appear to be the gunfire that we encountered in the St. Louis area, but that doesn’t mean it’s not happening.

Back in August, I started this blog so that I could help to share what we were going through as the media outright lied about the violence we were regularly facing on the streets of Ferguson and nearby.   Peaceful protests sometimes don’t negate violent protests later.  A domestic batterer doesn’t get credit for all the times he didn’t hit his wife.

Unfortunately, I don’t have many contacts in the Baltimore area so I’m limited to the internet in my coverage of any continued unrest there.

As such, any officer wishing to tell their side of the story, anonymously or otherwise, can contact me at dissonantwinstonsmith@gmail.com. For the record, this offer applies to the St. Louis area and abroad as well.  I’m committed to allowing officers a vehicle for communicating the truth of what’s been going on.

If you would like to contact me anonymously, I would recommend using Guerrilla Mail, which is a service that instantly creates a temporary email which can be deleted the moment you close your browser, or at a later date if you prefer. 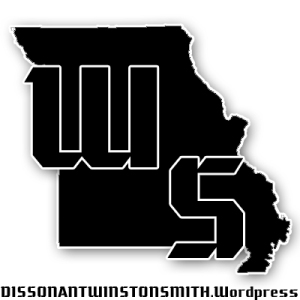 Take a read below and see what you think:

A few nights ago, St. Louis County Tactical Officers fatally shot a twenty three year old black individual by the name of Thaddeus McCarroll in Jennings following a standoff. Mr. McCarroll was armed with a knife at the onset of the incident, having locked his mother out of the house while ranting about a “mission,” a “journey,” and a “black revolution.” The preponderance of the evidence seems to support the notion that Mr. McCarroll was suffering from some form of mental illness.

END_OF_DOCUMENT_TOKEN_TO_BE_REPLACED 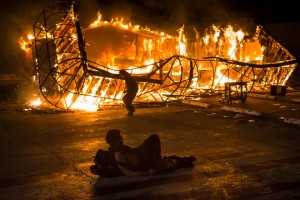 An individual reacts to a possible gunshot wound on W. Florissant.

CNN is reporting today that Missouri National Guard documents referred to Ferguson Protesters as “Enemy Forces” and “Adversaries.”  The Ferguson Twitter Brigade is already up in arms about this which I find supremely silly.

What might have caused the guard to use such language?

END_OF_DOCUMENT_TOKEN_TO_BE_REPLACED

The polls are now closed on the city council elections in Ferguson with results still a long way to go.  In the meantime, some video was just released showing an officer in South Carolina apparently murdering an unarmed man as he ran away from him.  Matters are made even more sickening by the officer apparently dropping a gun-shaped object near the body of the victim. END_OF_DOCUMENT_TOKEN_TO_BE_REPLACED

Pictured above is a police officer in riot gear, wearing a plate carrier, and firing a pepperball gun at rioters in Lexington, KY, last night.  4-4 into 4-5-15.

Similar to the aftermath of the one-night Pumpkin riot in New Hampshire last fall, the Ferguson Twitter Brigade has been on a tangent today trying to contrast the tactics and media coverage of police in Lexington, KY responding to post basketball riots, with that of Ferguson.  A few of their specific claims include:

END_OF_DOCUMENT_TOKEN_TO_BE_REPLACED

A few months back, I discussed the case of New Black Panther Party members, Olajuwon Ali Davis and Brandon Baldwin, who at the time had been indicted on attempting to illegally obtain firearms for the purpose of killing cops in the aftermath of the Grand Jury decision.  Back then, there were rumors that these two individuals had also been a part of a greater plot to obtain explosives with the intent of bringing down or damaging the Gateway Arch.  They also apparently intended to kill St. Louis County Prosecutor Bob McCulloch and now-former Ferguson Police Chief Tom Jackson. END_OF_DOCUMENT_TOKEN_TO_BE_REPLACED